It has been eight months since I last wrote and posted my “monthly” blog on societal and organizational steps to end institutionally sanctioned bullying and masculine imbalance.

I was intending to focus now on what individuals can do but that will be in my next blog as I want to devote this one to a country that I visited recently to see how it has faced up to something far worse than institutionally sanctioned bullying. 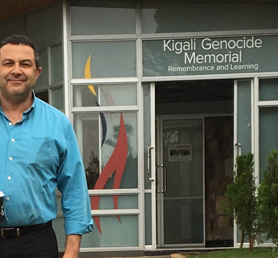 The country is Rwanda in East Africa and its challenge has been to deal with the consequences of a genocide that killed about 15% of its population in only three months and displaced a further 30% just over 20 years ago.

Under the firm grasp of its ex-military president, Paul Kagame, Rwanda has focused on societal trust rebuilding; economic stabilization and prosperity; and women’s education and representation.

Similar to South Africa after Apartheid, Rwanda engaged in a form of Trust and Reconciliation work to help heal the emotional and psychological scars of the genocide. This is now embodied in the awe-inspiring Kigali Genocide Memorial where CEO James Smith and others are mapping about ambitious Peace Education plans throughout the country to make sure the horrors of 1994 never happen again.

There is a long way to go but as my philosopher-driver Fred said on our way to the memorial: “My father is Hutu. My mother is Tutsi. But that doesn’t matter any more. We are all Rwandans now.”

Rwanda’s communities are thriving again, as evidenced by the unique practice of Umuganda. On the last Saturday morning of each month, the whole country shuts down and neighborhoods come together to do community service, such as street cleaning and house repairs.

Security is tight but not oppressive in the capital Kigali, which is now one of the safest cities in the world. And one of the cleanest. No trash on the streets. No stray dogs or even cats anywhere. No plastic bags allowed. No trespassing on the grass. The traffic lights are timed. Drivers are patient and polite and in two weeks, this blogger did not see a single fender-bender or worse. 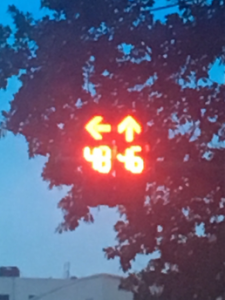 Not surprisingly, Rwanda is now called the Singapore or Switzerland of Africa.

According to the World Bank, the Rwandan real GDP growth averaged about 8% a year between 2001 and 2015. This has enabled high growth, rapid poverty reduction and, since 2005, reduced inequality.

As part of this focus on reducing inequality, more than three-fifths of the parliament is now women – the highest in the world. Reported rapes have gone down from about 10 a day to virtually none.

And the private Akilah Institute for Women is the first institute of higher learning exclusively dedicated for women in Rwanda. In only six years, it has produced nearly 200 graduates in Hospitality Management, Entrepreneurship and Information Systems and plans to quadruple enrollment next year.

But that is not all. As Akilah Country Director Aline Kabanda said: “We thrive to ensure that we equip our students with market relevant skills that will enable them to find employment and achieve economic independence. We see our students as future leaders and as such, we build their understanding of the role that they need to play in the development of Rwanda.”

Does this seem too good to be true? Maybe. Maybe not.

There are some who question President’s Kagame’s relationship with the media and whether he should run for a third term next year even though it was approved by a constitutional amendment and it seems he will be almost certain to win due to near universal support for his social reconciliation and economic reforms. Some are concerned, however, about the lack of a coherent and viable opposition.

Although President Kagame is only 59 years old, he has been in formal and informal power for over 20 years. What would happen if and when he steps down? Are the institutions strong and fair enough to continue his legacy without interruption?

And there are still marked imbalances in male and female access to quality education – especially in rural areas. Edouard Munyamaliza, Executive Director of Rwandan Men’s Resource Centre (RWAMREC) cited the 2014 Demographic and Health Survey which reported that 40% of women and 20% of men have experienced gender-based violence of some form.

This blogger’s conclusion for now is that nowhere is perfect – not even Singapore or Switzerland – and that Rwanda is certainly moving in the right direction in most areas and has achieved an awful lot in only 20 years.

And many of its best practices, such as Umuganda, female representation and peace education – can serve as vibrant models for other “more developed” countries – including the USA where there are tangible concerns about equitable treatment and community healing after the recent election – and how they deal with such challenges as institutionally sanctioned bullying and gender imbalance.

More on how we can respond as individuals next time …