In a week where people around the world are decrying the behavior of Algerian terrorist leader Moktar Belmoktar, puzzling over the mea culpa of fallen cycling hero Lance Armstrong, celebrating the inauguration of Barack Obama’s second term as US president and praising Bulgarian politician Ahmed Dogan’s single-handed disarming of a point-blank assassin, it seems very timely to continue this examination of bad and good leadership and how it relates to failure, rehabilitation, renewed hope and different kinds of success.

In the first blog of this two-part series, we explored what makes leaders at the pinnacle of their careers abuse their power and risk their reputation and why it seems that more and more of them are getting found out – http://jeremysolomons.com/samples/.

Much has been written about the kind of qualities that leaders of the present and the future need to be effective in an increasingly globalized and cyber-connected world.

For every power hungry politician or cheating soccer player, fortunately there are many heart-warming stories of leaders just doing the right thing, such as Malawi President Joyce Banda’s untiring struggle for women’s rights or the unusual honesty of German soccer player Miroslav Klose, who was awarded a goal in a close game in Italy but then freely admitted that he had handled the ball on its way in. The referee duly disallowed the goal and shook his hand.

But what about new or experienced leaders who have allowed themselves to get caught behaving badly?

Public humiliation and shame can bring out the best and unfortunately the worst in a fallen leader.

The first step towards rehabilitation is usually full disclosure and a sincere apology in both public and private to all of those affected.

A very current case in point is Lance Armstrong and his recent TV interview with Oprah Winfrey, who herself is another example of a principled, effective leader. She certainly has her critics but has always maintained the faith and trust of her millions of followers around the world.

Lance Armstrong’s personal story of overcoming testicular cancer to win the Tour de France a record seven times in a row was an inspiration to people from all walks of life, who gladly donned the yellow Livestrong bracelets with pride. In Austin, Texas where he and this blogger both live, the race became known as the “Tour de Lance” and this blogger too was choked up to photograph the seven yellow jerseys when they were still displayed at the Livestrong Foundation last Summer. 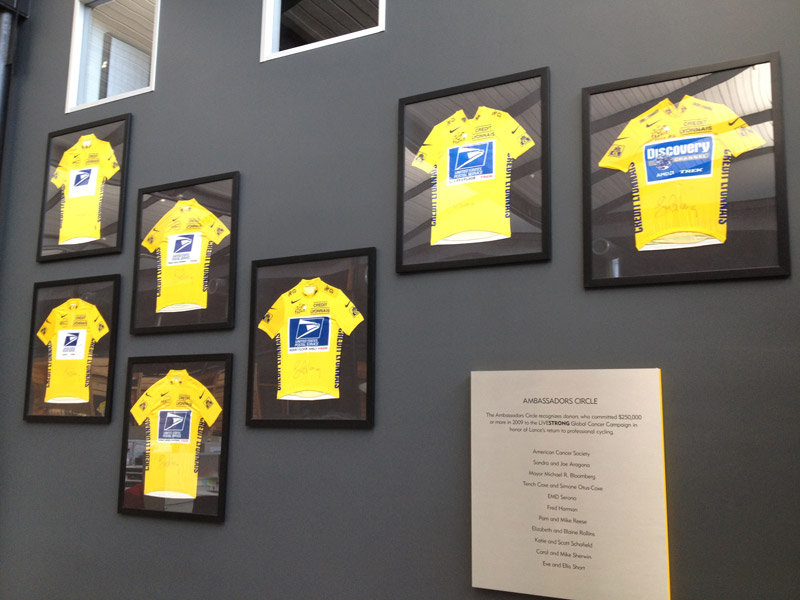 That was before this former hero got indicted as the leader of a highly sophisticated doping ring.

Unfortunately, it now seems that he was still “economical with the truth” on certain key issues, that he was playing semantics with the definition of “cheating” and he was still not taking full responsibility for his misdemeanors. This impression was reinforced by many non-verbal cues as well.

But even if the apology does prove to be sincere and complete, this is not enough. What will he do to make full amends and compensate the tens, if not hundreds, of people whose lives have been damaged by his aggressive defense of the charges against him?

There was a similar case in the 1980s when junk bond trader Michael Milken served prison time for insider trading and then used his vast wealth to further medical research into curing life-threatening diseases. But as with Lance Armstrong now, was this enough?

Another question arising from these very public falls from grace is how to make sure that existing and particularly new leaders do not go off the rails in the first place?

As was mentioned in the previous blog, many global leaders are ill-equipped for the rigors and the complexity of “stardom” despite the current focus on leadership development and succession planning in many organizations, both for- and non-profit.

For example, do they have the formal coaching and training needed to learn “soft” skills such as ethics, integrity, responsibility, accountability, communication, conflict resolution, etc.? Do they have the opportunity to really practice what they learn in different functions and locations around the world, ideally under the watchful eye of a trusted internal mentor? And do they have enough time to stop and reflect on the kind of leader that they want to be and on how and if they are progressing towards their goals?

While MBA programs are finally focusing more on such topics as ethics and accountability and many globalizing organizations are giving their future leaders real “stretch assignments”, this blogger does not see many examples of the third question being answered.

When people are asked which global leaders of the last 20 years they admire the most, there are three names who are on many Top 10 lists: The 14th Dalai Lama, Tenzin Gyatso, of Tibet; Aung Sang Suu Kyi of Myanmar; and Nelson Mandela of South Africa.

The Dalai Lama had decades of preparation for his role being fleeing Tibet in 1959 and has had many more decades of reflection in exile since then; Aung Sang Suu Kyi was under house arrest for nearly 15 years before her recent release and re-entry into national politics; and Nelson Mandela spent 27 years in prison on Robben Island before becoming president of South Africa and resisting the temptation to serve more than one term.